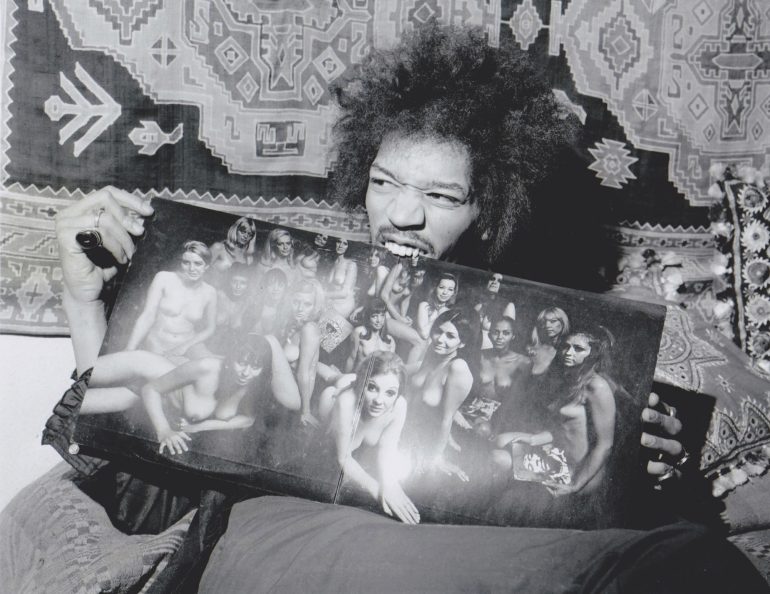 When Electric Ladyland came out in 1968, it blew a lot of minds. While many fans immediately recognized its genius, some reviewers didn’t know what to make of it.

Rolling Stone writes, “Electric Ladyland sounded like nothing else when it was released in October 1968, so it’s not entirely surprising that many contemporary reviewers were unable to fully get their heads and ears around its 75 minutes of sheer awesomeness.”

Today, it is widely recognized as one of the most important albums in rock history. And while it has been hugely influential in the decades since its release, it still holds its own as an utterly unique album, as enthralling today as it was back in the 60s.

That makes Electric Ladyland an indispensible addition to your record collection. This post will tell you what you need to know about the different editions. But first, let’s talk a little bit more about Electric Ladyland.

The Story Behind the Legendary Psychedelic Rock Album Electric Ladyland

The Jimi Hendrix Experience put out a total of three albums. Electric Ladyland was the last one. Hendrix himself would pass just two years later in 1970.

Hendrix produced Electric Ladyland. This was not the case for his previous records, so this was his chance to truly unleash his full creativity.

Perhaps music journalist David Stubbs said it best when he described it as “undoubtedly a rock album, albeit rock on the point of evolving into something else.” It combined rock, funk, psychedelic pop, blues and R&B, and involved a wide range of experimental effects.

Other members of the Jimi Hendrix Experience who worked on this album alongside Hendrix included Noel Redding and Mitch Mitchell. Hendrix also brought in additional musicians like Brian Jones, Buddy Miles, Jack Casady, Steve Winwood, The Sweet Inspirations, and others.

Here is the track listing for Electric Ladyland (along with the track lengths from the 1968 International Polydor Production album):

Which Vinyl Pressing of Electric Ladyland Sounds the Best

Now let’s move onto the meat of this discussion. If you are collecting Electric Ladyland on vinyl, which versions have the best sound?

Here are the versions I recommend:

So, we can say that the overall best pressing is the 2010 reissue. That said, it makes sense to collect multiple versions. Each one of them has something to offer the devoted collector.

The Jimi Hendrix Experience Electric Ladyland Deluxe 50th Anniversary Box Set is the ultimate purchase if you are looking for the Bernie Grundman remaster. It came out on November 9th, 2018, and includes the following:

* At Last … The Beginning film (40 minutes of new footage)

This boxed set makes the perfect gift for yourself or for another diehard Jimi Hendrix fan.

Which Covers of Electric Ladyland are Most Collectible?

We need to take some time to talk specifically about the Electric Ladyland covers. There is some history here worth knowing.

Track Records in the UK wanted to boost sales of Electric Ladyland, and thought the best way to do this would be to draw the eyes of shoppers with naked ladies.

So, photographer David Montgomery visited a speakeasy and paid 19 women between £5-10  to appear nude on the cover.

This was not what Jimi Hendrix was wanting or expecting, nor did the photo turn out well at all. Even the models found it off-putting. One of them explained, “Everyone looked great, but the picture makes us look old and tired. We were trying to look sexy, but it didn’t work out. It makes us look like a load of old tarts. It’s rotten.”

Nobody else liked it either. Hendrix said, “Folks in Britain are kicking against the cover. Man, I don’t blame them. I wouldn’t have put this picture on the sleeve myself, but it wasn’t my decision. It’s mostly all bullshit.”

A few stores even went so far as to hide the image on the shelves or refuse to stock the album.

What about the original US release? When Hendrix was working with Reprise, he told them very specifically what should go on the cover of Electric Ladyland. If he had had his way, it would have been a photo by Linda McCartney of the Jimi Hendrix Experience members seated in front of the Alice in Wonderland Central Park sculpture with children.

Alas, that is not what came to pass. Reprise ignored his request and instead put a picture on the album cover of Hendrix himself in red and yellow. No one was impressed with this originally either, but by now, the picture has become iconic.

As we mentioned earlier, if you get the Bernie Grundman remaster, you can actually get the cover photo by Linda McCartney that Hendrix wanted.

Most of the higher-priced copies of the album we see for sale at the time of this writing feature the Reprise cover. But factors like whether the album is signed or not may have a bigger effect on the price than the album cover.

You may sometimes find listings for alternate album cover proofs that are quite valuable. These may sell for more than $20,000.

Now, sometimes you might also run into sellers who are offering what they call “true first pressings” of Electric Ladyland that have type on them in blue rather than in white. You may find these sellers asking for a lot of money. Should you pay it?

There is a post you can take a look at here about the blue type issue. Its author explains that a printing error (a stripping error, to be specific) is responsible for the blue type, and it has nothing to do with first pressings.

The author wrote music journalist Edwin Pouncey, who happens to own a first pressing of the album, to inquire about the type. Pouncey wrote back, “Regarding my copy of Electric Ladyland. As I wrote in the RC article, I had ordered my copy in advance and it was bought on the day of release. The writing inside this copy (that I still have) is white with the two small photos of Mitch Mitchell and Noel Redding underneath the larger photo of Hendrix – which in my copy is positioned on the left hand side of the gatefold cover. Until a few years ago I didn’t know that the blue text version existed.”

The whole post is fascinating and worth reading in full. But there you have it—the blue text is not worth going broke for.

Where Can You Shop for Copies of Electric Ladyland?

Now you know all about recommended pressings of Electric Ladyland, as well as some information on the cover art. But where can you find copies for sale?

Now You Are Ready to Collect Electric Ladyland Properly

Whether you get the original 1968, the 2010 reissue, or another version of Electric Ladyland, this timeless classic by the Jimi Hendrix Experience will become one of the points of pride of your record collection. I personally have 4 copies myself and it is my favorite album to collect. Pick up multiple versions if you can; you will hear something different in each of them, allowing you to experience new facets and dimensions of Electric Ladyland.