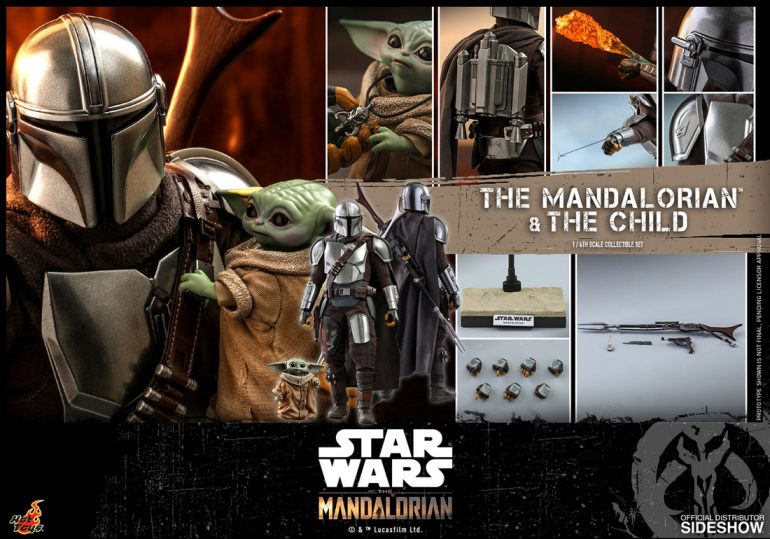 What Are the Best Mandalorian Toys & Action Figures?

The Mandalorian has taken the world by storm – everyone loves Star Wars. The Disney+ original debuted in November 2019, and with fans around the world, the show was an instant hit. Mandalorian toys are the hottest items this year, but some of these toys are selling out faster than others.

The best quality Mandalorian toys and action figures are:

Baby Yoda is the star of the show – or at least I think so. This Baby Yoda is a top seller, and while the toy is designed for kids 4 and up, it’s selling quickly to adults. People can’t get enough of this toy, and it’s easy to see why:

Featuring a size of 4”x 10” x 10”, this toy weighs just over 1.25 pounds and is designed to bring Baby Yoda to life for fans all over the world. While the toy cannot walk on its own, the animations include movement of the upper body and will keep kids engaged for hours.

Adults can also keep this toy in their collection case or keep it out for everyone to see.

Hasbro makes the toy, and you’ll find reviews from buyers across the world. Happy and excited, the toy also has giggles, babbles, eyes that open and close, ear movements and even raises its arms when exerting the force.

Kids of all ages will appreciate the life-like, realistic movement that Baby Yoda exhibits.

Want to own a 6” Mandalorian collectible figure?

This toy is perfect for kids ages 4 and up. The collectible features beskar armor with a t-visor mask. Multicolor, the unit has four fully articulated limbs that move smoothly.

Premium deco and weapons bring this figure to life.

Weighing less than one-fourth of a pound, the figure’s dimensions are: 2” x 5” x 9”. Highly rated and fast selling, the only complaint is that the figure can take a long time to ship. Thankfully, it seems that inventory issues experienced when the toy was first released have been rectified.

You’ll notice that there’s a blaster and holster, too.

There’s a long rifle that’s also included, allowing you to change out weapons as you see fit. With two weapons included, this is one of the most popular Mandalorian toys this year. The cape is made of rubber and cannot be removed, so it can be difficult to put the figure into certain poses due to the cape.

Fine details really make this figure stand out, from the cape to knee pads and the shoes. While this action figure may not be as fun or “cute” as Baby Yoda, it’s a great option for anyone who is a big fan of Mandalorian.

Mandalorian toys wouldn’t be complete without a massive LEGO set. This set is new in 2020 and features a staggering 1,023 pieces to assemble. The kit comes in two main package types to choose from:

And the set also includes four mini figurines that allow you to put your support behind your favorite characters. The kit, when fully assembled, comes with two spring-loaded shooters, access ramps and even a sleeping area.

There’s an escape pod that is fully detachable.

Baby Yoda, Mandalorian and additional figures are included. The cockpit opens fully. While this is a LEGO set that can be used by kids of all ages, due to the risk of choking hazards, the unit is recommended for kids 10 and older.

And an IG-11 action figure is included. The IG-11 is a Bounty Hunter Droid that adds another dimension of fun to the kit.

The ship itself is large and sturdy while also having a slot to place your captured bounties. Behind the cockpit, there’s also additional space to keep your weapons. The LEGO kit can be fun for the entire family and is a massive undertaking that will keep you occupied for days while putting it together.

Aesthetically, this kit looks amazing and is well-made. It’s the perfect gift for yourself or any fan of the Mandalorian.

A true collectible, this item is limited to just two per person and is only on pre-order right now. The collectible has an arrival date estimate of August 2021 to October 2021, so you’ll have to wait a while before it’s delivered.

This Premium Format creation stands 20” tall, so it’s a large action figure that you won’t find on Amazon or similar retailers. Braving the galaxy, the Mandalorian has the following dimensions:

Weight has not yet been listed. The materials used in the figure is ABS and Polystone. This set has a Baby Yoda attached in his own little pod. The large-scale figure is the ideal choice for Star Wars fans around the world. This premium format figure from Sideshow has a limited production, so it’s one of the figures that you’ll want to order today if you’re a collector.

The Mandalorian and The Child (Deluxe)

This is another collectible set, but it is a deluxe set with The Child. More affordable than the figure just reviewed, this model is in pre-order and is estimated to be shipped between April 2021 and July 2021.

Hot Toys Mandalorian figures feature beskar armor and a face that is hidden behind the signature T-visored mask. Highly accurate in design, the unit has an interchangeable right shoulder armor that has been masterfully created.

There’s an attachable jetpack along with other neat attachments:

The base of the unit is desert-themed. The Child is also included and is affixed to a stone via a pole. Baby Yoga sits in his own hover pram while the Mandalorian carefully stands guard.

The Child has a firing effect and an LED light-up function that completes the effect. You’ll also find that the left gauntlet is attached to the bird firing effects. There’s an exclusive, mini hologram included, too.

Seven pieces are included, and the figure stands 30 cm tall.

Hot Toys also offers a 1/6th scale figure that is slated for arrival in October 2020. Beautifully crafted with a superb helmet, the Mandalorian is made by Hot Toys and has a beautiful set of armor that is designed to have the weathering look.

A blaster rifle and pistol has been included along with accessories that complete the action figure.

Over 30 points of articulation are built into the figure to make a lifelike figure. The unit’s height is 11.81”. The accessories that are included are:

This desert figurine has its own platform with its own nameplate that you can place it on in your cabinet or display case. The weight of this action figure is 3.5 pounds.

Collectors will appreciate the meticulous design of the sixth scale figure. One noticeably missing feature is the Baby Yoda, which is not included with this action figure. You can still pre-order it, but the unit will be limited, so it’s important to order it when it’s in stock.

Mandalorian toys are some of the year’s best-selling toys on the market. With season 2 of the show already a hit, these toys are sure to be collector’s items.