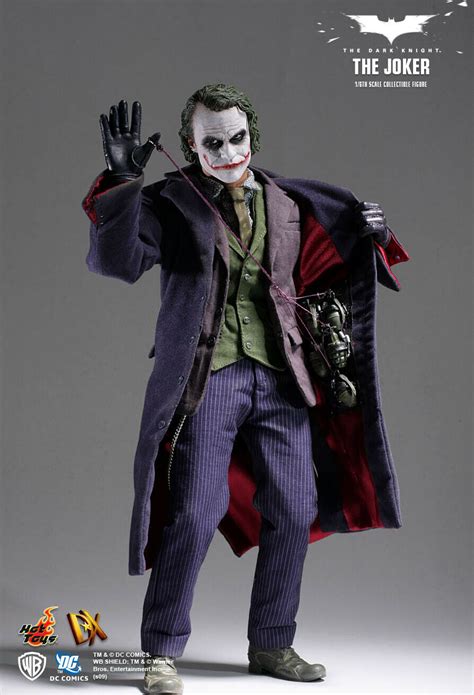 While Hot Toys is among the best-known brands for high-quality collectible figures, you may not know much about them. Let’s learn more about the Hot Toys brand, now available through North America and Europe official distributor Sideshow Collectibles!

About the Hot Toys Brand

Hot Toys was founded in 2000, and is based in Hong Kong. Their most renowned line is their Movie Masterpiece Series. Most of their figures are scaled to 1/6th life-size, but they also sell figures scaled to ¼ size. Describing its achievements, the brand writes:

“Hot Toys is the leader in the 1/6th collectible industry and has led the quality of collectible figures development to another climax over the past years. Moreover, Hot Toys has obtained the patent for its innovation of Parallel Eyeball Rolling System (PERS) and Interchangeable Faces Techniques (IFT) for its DX series, which has further increased the likeness of the collectible figures … Adding to the popular Movie Masterpiece Series (MMS) and Deluxe Series (DX), Hot Toys has expanded its collection series in recent years to include the 1/6th scale MMS Diecast Series, Power Pose (PPS), and Diorama Series.”

Why Are Hot Toys Figures So Sought After?

You’ll find few other model figures which can compete with the Hot Toys brand in terms of realism and attention to detail. The team that works on these figures puts their all into crafting each and every one to perfection. Once you take a look at some of their popular models, you will see for yourself how incredible they are.

Let’s check out some Hot Toys figures you may be interested in!

Been searching for the most realistic Heath Ledger Joker toy? Without a doubt, it is the Hot Toys The Dark Knight Joker figure.

This is one of the most famous Hot Toys figures because it was where it all started. Artists JC. Hong and Yulli, who head the Hot Toys Studio, created the original Joker figure as their first sixth scale model.

This commemorative Joker figure is larger at a quarter scale. With a 47 cm height, the Joker’s facial features are highly expressive and detailed. There are more than 35 points of articulation for posing. Along with his costume, the Joker comes with a variety of weapons and accessories as well as 15 interchangeable sets of hands for different gestures.

Like the Joker, John Wick includes a beautifully tailored costume, a variety of weapons and accessories, and 1 sets of interchangeable hands.

Another popular Hot Toys model is the Sith Trooper Sixth Scale Collectible Figure. This trooper in eye-catching red armor is a faithful replica of those featured in Star Wars: The Rise of Skywalker. It stands about 12.20 centimeters, and features more than 30 articulation points. Accessories include 2 blaster rifles and 7 interchangeable gloved hands.

If you are just getting into collecting Hot Toys, you might be tempted to shop for deals on sites like Ebay. Why go with Sideshow Collectibles instead?

Well, aside from getting new, mint condition figures, you also can be sure you are getting Hot Toys.

There are lots of fakes out there. If you are shopping from a reseller who isn’t officially connected with Hot Toys, there is no way to be sure what you are getting for your money. You could end up with a cheap knockoff, even if you are paying full price.

While there are guides to help you spot the differences between authentic Hot Toys and imitations, you can bypass that process entirely and be 100% sure that you are getting original, high-quality Hot Toys by going through an authorized dealer like Sideshow Collectibles.

Sideshow Collectibles has a massive selection of Hot Toys products. As of the time of this writing, there are more than 100 figures currently available for purchase with over a hundred in addition marked as pre-release or coming soon. Franchises include Marvel, DC Comics, Star Wars, Harry Potter/Fantastic Beasts, John Wick, and more.

At the lower end, pricing starts at under $50 (a perfect price range for a beginning collector), while at the upper end, premium figures are available for over $1,000.

You can save on Hot Toys from Sideshow Collectibles just by subscribing to their email list. They offer free shipping worldwide for many of their products.

Sideshow Collectibles also designs and manufactures many amazing lifelike figures and replicas of their own.

So, while you are exploring their Hot Toys selection, you can check out their other collections as well. You will probably discover even more amazing action figures and statutes which you need for your collection.

If you are ready to purchase authentic, realistic Hot Toys from an authorized dealer, click the link below to visit Sideshow Collectibles. You can also click on any of the links in this article to go straight to the items we’ve featured here.